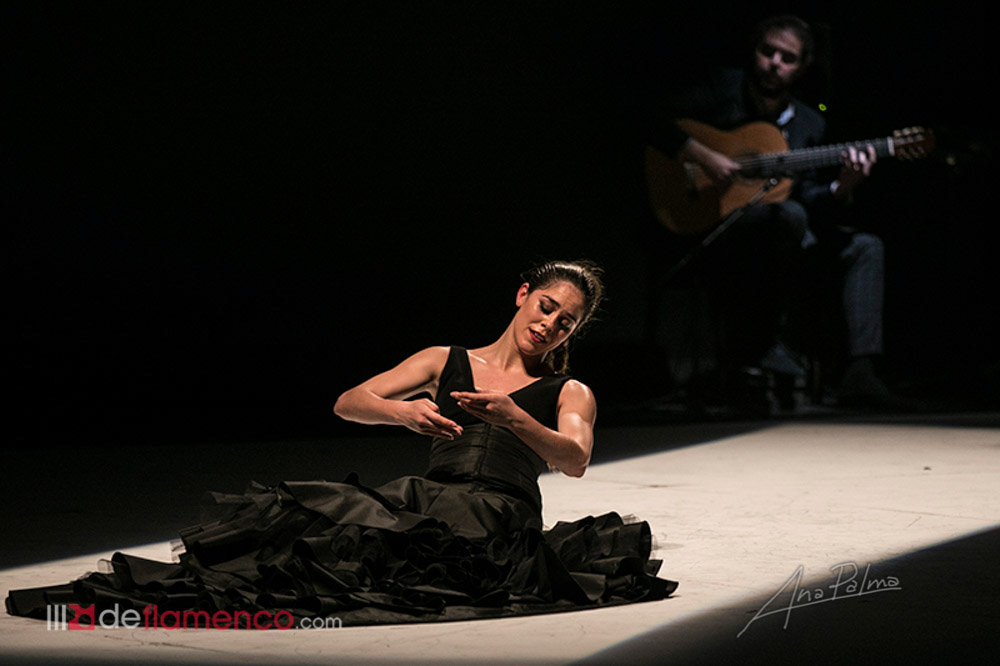 Casa del Arte Flamenco comes back with a new article speaking about the 23rd edition of the Festival de Jerez and the performances which took place during its second week.

We will try to summarize the best performances, in order to approach to whom did not be able to assist to some of the greatest flamenco artists.

One of the most vanguard festivals

Marco Flores and his company surprised the second week of the Festival de Jerez with their show. It was a completely different flamenco experience. The show was an hour and a half of overwhelming moments mixed with others more abstract. Audience could enjoy a completely roller coaster show.

It was called Fase Alterna (Alternate Phase), which made references to the different phases and evolution moments of human beings through life. Next to an expertise cast Marco Flores was able to show a great flamenco show at the Villamarta Theater.

Musically we could hear piano, marimba and José Almarcha’s guitar. Ana Romero made a great job with her palms while Marco surprised audience with a wide range of flamenco styles. We were able to enjoy granaínas, peteneras, tarantos, and a variation of Bach’s music too. This last element, although not original, is one of the best staging that flamenco has been able to contemplate.

In short, a show divided in three phases, which seeks and experiments with flamenco in a vanguard way. Everything represented with an exquisite taste and knowledge.

Simple intimacy thanks to Rubén Olmo

Rubén Olmo filled the stage in an intimate and elegant way through his show Horas Contigo (Hours with you). This piece was a collection of old dances that others had already choreographed for him in the past. To sum up, an elegant exercise of memory about his work.

This winner of the National Dance Award demonstrated that elegance is something innate and mixes perfectly with modesty. He was accompanied by his pupil Patricia Guerrero and the great dancer Eduardo Leal.  During his show pauses took a great part and thrilled audience at the Villamarta Theater in Jerez.

The dystopian reality of Patricia Guerrero

The young artist from Granada surprised last Tuesday, March 5, with a show where she directs the artistic and choreographic part. Her work, which corresponds to the name of Distopía, tells the story of a female character who has to face the contradictions of a society that oppresses women.

A sensory show, which does not need to be understood, but enjoyed. During the performance audience was able to enjoy the guitar, the electric bass and even the double bass and percussion. All these vanguard elements were mixed with pure flamenco dances such as the soleás, bulerías or alegrías.

An intimate and intense show with David Coria

David Coria presented and intense show, both conceptually and physically speaking. Only a few dancers would be able to keep the rhythm of this Sevillian dancer, who surprised the audience with his energy. He offered perfect movements, full of technique and experience.

Eduardo Leal and Rafael Ramírez accompanied him at the stage. All together created a body that moved, created and evolved to a free and anonymous entity. An entity where sex, age, beauty or origin does not matter. Dancing in a free and sincere way was what only mattered.

At a musical level we were able to enjoy Jesús Torres’s guitar, as well as Sancho Almendral and Daniel Suárez’s percussion. Gema Caballero joined them with her voice. During a part of the show Gema covered Coira’s head with her long skirt. The aim of this fact was to break the masculinity socially imposed.

That was the second show where David Coria showed his skills at direction and choreography. That is the reason we should expect great works from the hand of this great Sevillian dancer.

With this article, and the previous one, we hope all flamenco lovers who were not able to attend this great festival will also enjoy it. On this way they will be encouraged to get to know it more closely in future editions.