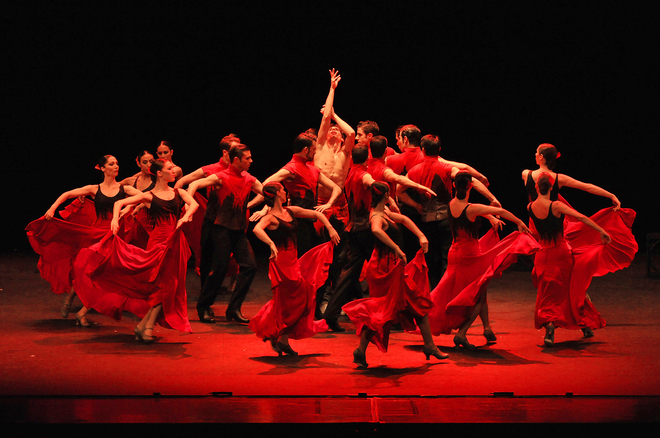 Another year the acclaimed Festival de Jerez excites this city with only one objective: to become flamenco the one and only protagonist for two weeks. Visitors all around the world will visit Jerez between February 22nd and March 9th to be impressed by all the great artists that this Festival receives.

The Festival de Jerez is worldwide known, and it has become a symbol of the city. Citizens consider this festival a cultural heritage, and they are quite right because a huge quantity of artists have been born and grown up in its streets. At the same time, Jerez pays special attention to this musical style and acts like a patron, to preserve this patrimony.

During these two weeks, Jerez will become the capital of flamenco. For this reason, Cádiz and Andalusia will become the spotlight too. In this way, we can safely consider this musical event one of the most important tools to promote Spanish music worldwide.

The Festival in previous editions

Last year the festival gathered 34.500 people, and this year Jerez is expecting a number even bigger. Rainy days do not discourage visitors all around the world to enjoy flamenco, and during the last edition, Jerez hosted visitors from 42 different countries, and 73 international Medias were accredited.

With these numbers, we do not jump to conclusions if we assure that this event is one of the most important flamenco events around the world, and it works as the perfect city showcase.

News for 2019 at the Festival de Jerez

This is the first year Jerez hosts the Turin International Flamenco Competition just one week before the festival takes place. Participants from all around the world will visit the city to compete for the prize when it is flourishing.

But this is not the only good news. The event De Peña en Peña will be held in all its splendour. In previous editions, this event had a minor importance due to economic reasons. However, this year the Council wanted to return all its original greatness.

Thanks to these events, the peñas will benefit the city tourism not only at a cultural level, but at a gastronomic one too. Visitors will be able to enjoy a flamenco show at the same time that they enjoy a local meal.

The peñas’s shows will be mainly lead by singing shows. However, dancing and instrumental performances will take place too.

The festival will be inaugurated with Mercedes Ruiz and María del Mar Moreno shows. Besides, during this festival, spectators will be able to enjoy some of the most distinguished flamenco dancers, such as the winners of the National Dance Award Eva Yerbabuena, María Pagés, Rubén Olmo and Israel Galván.

During this edition of the Festival de Jerez, we will be able to see some new faces of the flamenco scene, where we want to stand out Rafael Estévez and Nani Paños at the head of the Flamenco Ballet of Andalucía, and Marco Flores, Ana Morales, Leonor Leal or Patricia Guerrero as well.

At the same time, we cannot forget this year’s festival singing performances. The festival finishes just one day before the International Women’s Day and the sing is a good evidence of it. Four female figures will be on the spotlight as a tribute to this day.

To sum up, this 23th edition of the Festival de Jerez is a mandatory appointment for all flamenco lovers in which we hope to surprise and enjoy this musical style to the fullest.