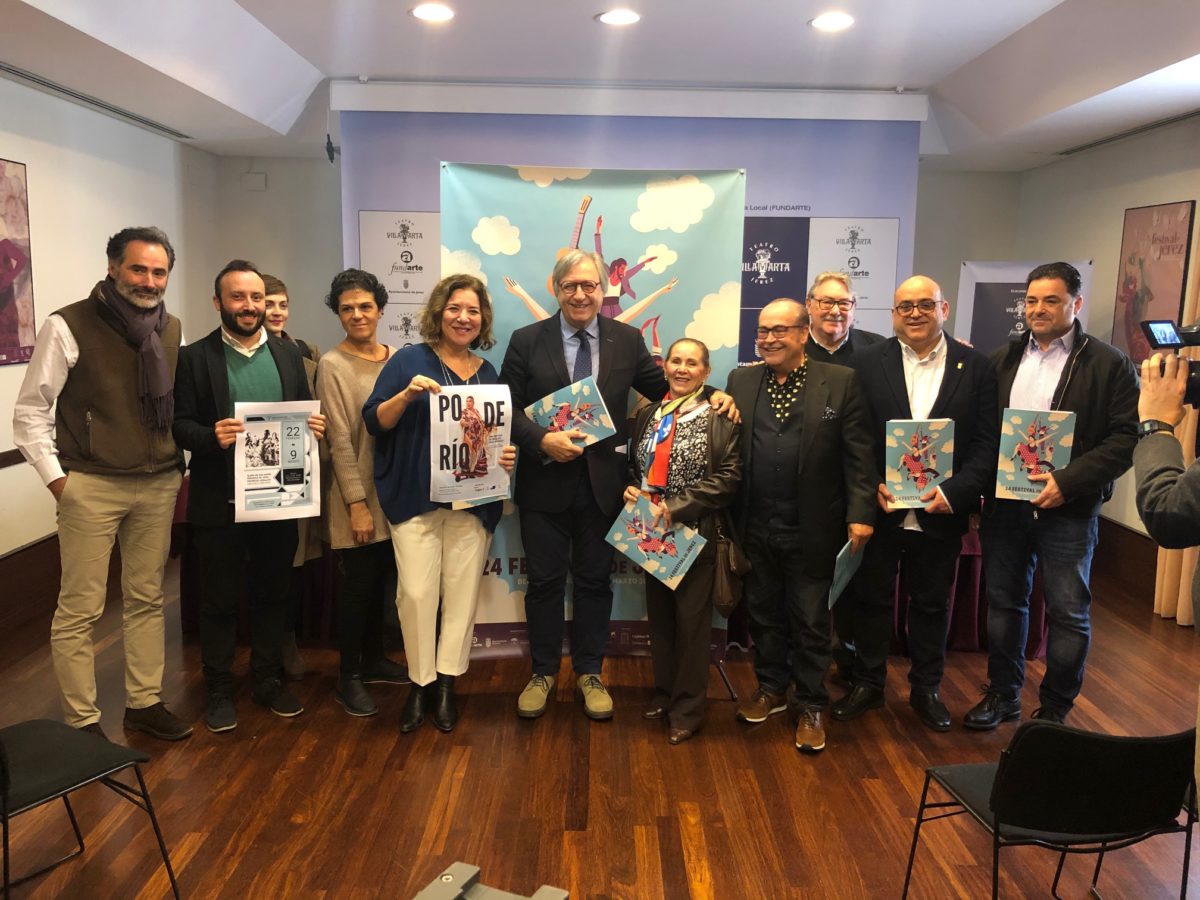 The 24th Festival de Jerez, taking place between February 21st and March 7th will display its creative potential with a dozen premieres: a not to be missed meeting for cante, guitar and dance with artists like Rubén Olmo and Rafaela Carrasco performing.

The Festival de Jerez was born in 1996 with the idea of bringing different flows together inside of flamenco style in order to show the historic heritage of Jerez: it is one of the top flamenco festivals with solera music in the country!

This year, the Festival de Jerez aims to focus on the artists and to take risks. “A leap in the dark: to produce, to create, to formulate the best possible proposal and the fact that the most veteran artists as well as new generations perform in the Festival de Jerez” states the institution.

The risk also means to welcome new artists like Rafaela Carrasco or Manuel Liñán, who head the poster: keep reading to find out about all the news of The Festival de Jerez 2020.

From Carrasco to Cabrero

Carrasco and Liñán will be joined by flamenco classics like El Cabrero, who will use the festival’s stages as part of his farewell tour of the stages.

We`ll have the show of Antonio El Pipa, Andrés Peña and Pilar Ogalla, Marcos Flores and the Shoji Kojima Company. According to the Mayor of Jerez, Mamen Sánchez, all of them make the event “an icon for the city” and “a platform for international promotion. For the mayor, the creative energy of the poster is projected in works such as those that will also be shown in Sala Paúl: those of Belén Maya, Paula Comitre, Hiniesta Cortés and Carmen Herrera.

Is important talk about the presence of National Dance Awards such as Sara Baras, Liñán and Rubén Olmo, Olga Pericet or El Farru, who replaces Isabel Bayona. Javier Latorre will be present at the festival in his role as choreographer.

Another interesting point on the bill is the “firm commitment to the creative evolution of flamenco, the development of its forms of expression and the modernisation – from tradition – of its languages”. This involves the launch of cycles such as ‘La Fiesta’, which aims to focus on the festive nature of flamenco, “based on its links to unique geographical locations”.

More than flamenco at the 24th Jerez Festival 2020

The 24th Festival de Jerez 2020 will go beyond the musical aspect of flamenco; among other initiatives, it will do so thanks to the launch of ‘Poderío’, an exhibition in which Teresa Torres, designer, and Beatriz Hidalgo, photographer, have worked. The exhibition, which can be visited until 18 March in the Cloisters of Santo Domingo, will show fifteen snapshots of fifteen flamenco artists.

To achieve the photographs, both professionals have spent two years since the project began, “and 8 months of work,” says Beatriz Hidalgo. “We wanted them not to be posed photos, something I think we have achieved with the exhibition”.

Another of the many branches that the 24th Festival de Jerez 2020 will include will be gastronomy; the flamenco peñas will put on a series of shows at midday that will feature local cuisine. An event that, once again, will seek to project Jerez abroad by relying on the tourist potential of an event that constitutes “a first-rate cultural destination”. All in all, the Jerez festival is positioned as necessary in the framework of the city’s candidacy to become European Capital of Culture in 2031.

Download the poster of the 24th Festival de Jerez 2020

If you want to see all the information about the 24th Festival de Jerez 2020 de Flamenco you can access its official website via the following link.