Duende flamenco: the emotion that Lorca always wanted to define 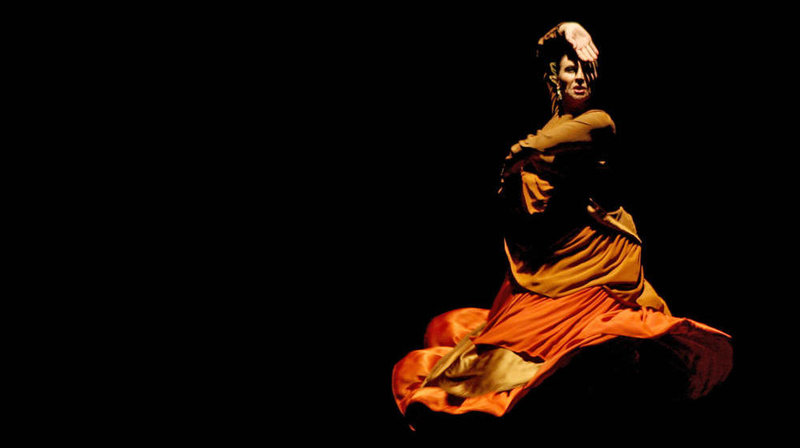 El Lebrijano, Andalusian cantaor, said: “The days that I sing and I have it there is no one who can with me”.

You can be a genius in any art and not have it.

“It’s not in the throat; it goes up inside from the soles of the feet. That is to say, it is not a question of faculty, but of true living style; that is, of blood; of very old culture, of creation in the act”, explained the poet García Lorca.

The best flamenco dancer in the country may not know its meaning.

“I believe that it can be found in all trades, although perhaps more so in what we do the gypsies. But it can’t be explained. Suddenly, I do things in singing that I have never done, and that I am never going to do again because I wouldn’t know how to repeat them”, argued Camarón de la Isla in an interview.

But you can play a guitar with broken strings in the street and see it emerge.

What is ‘duende flamenco’?

To put words to something as spiritual and spontaneous as the duende, is not an easy task for anyone, not even for the older ones. They’ve all tried. Poets, singers, guitarists. Not only in Spain, but also abroad. Goethe, German romanticism poet, interpreted it as a “mysterious power that no philosopher could explain”.

He was not wrong. The insistence on finding an exact definition for him is a sign, like many others, of the human need to give a name and surname to everything. Putting words to a feeling is the first step to tame it.

Anatomy of the ‘duende flamenco’

But the leprechaun plays at pleasure; it manifests itself for no apparent reason; it shines when no one expects it; when no one needs it. “A fight and not think,” which said, on another occasion, the aforementioned Federico Garcia Lorca. The poet, always interested in the art of flamenco, theorized about this emotion in “El teatro y la teoría del Duende”, a lecture given in Buenos Aires and Havana in 1933.

But, is there any way to analyse flamenco duende from a psychological point of view?

In the research work of the Granada psychologist Elvira Salazar López, ‘La huella psicológica del duende flamenco’, the aim is precisely to quantify and give an explanation from the psychological and physiological point of view to the duende; it speaks of a “subjective quality of private personal experience, intuitive and based on the quality of the stimulus called Cualia”.

Closely linked to the Cualia as experience, the duende, in this text, is interpreted as something transmitted as an emotion “by the one who executes a step, a touch, a song to the one who sees it, being also a subjective experience that marks whoever weighs it and identifies it before the others”.

The research seeks, through thermography tests that provide the physiological data of the change in temperature collected by the infrared waves reflected on the skin, to study the differences between dancers when they dance a piece of flamenco, in comparison with others in another discipline such as contemporary dance.

The results of the study show, in this way, that there are temperature changes exclusive to flamenco dancers such as “the drop in temperature of the buttocks and the rise in the forearms”, as well as that “duende does not seem to be related to technique; that is to say, not because you dance better you necessarily have more “duende”.

The latter is something that the author of the work seems to arrive at after comparing the results of temperature -which show a correlation depending on the dancer’s level of mastery and experience in flamenco- with the appraisals of those present as to which dancer has more or less duende. For Elvira Salazar and her research, these results would “help to know better how to live an intense emotion like the flamenco duende as a subjective emotional experience”.

The artists of Casa del Arte Flamenco, during the show, feel and show different flamenco palos, managing to communicate the passion of the genre. Whether they have a duende or not, is something that you will have to decide; yes we assure you that we have the best dancers, guitarists and cantaores of the province. And for us, of course, they have duende.