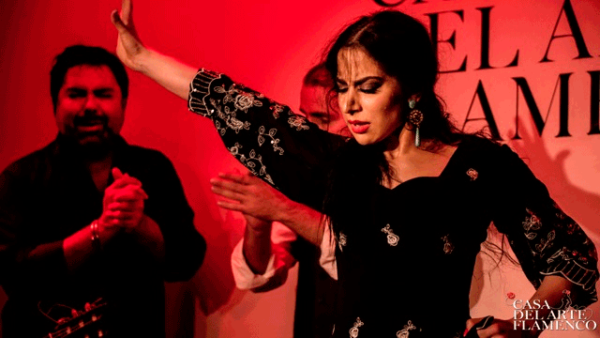 Good news for Flamenco lovers are coming: this year a Master’s degree will be inaugurated and it will be dedicated only and in exclusively to this art. Let’s know a little bit more about this Master’s degree with Casa del Arte Flamenco.

Why is necessary this Flamenco Master’s degree?

At the end of October 2018, the first year of the Master’s degree in Research and Analysis of Flamenco will start and Jerez de la Frontera will be its main campus. After several years, Flamenco academics will see as Flamenco receives the status it deserves. Besides, it will have its own space in higher education.

Flamenco, which was considerate Intangible Heritage of Humanity by UNESCO in 2010, will only take profit from this decision. This Master’s degree will mean an opportunity to bring Flamenco closer to society, as well as to promote investigation and continuous development of this musical style.

2018 is a good year for Flamenco, because it will be benefited not only by this Master’s degree, but with some subsidies too. The Andalusian Agency for Cultural Institutions has announced multiple grants for companies and non-profit organizations that promote and ensure the maintenance and development of Flamenco culture.

Before the Master’s degree in Flamenco

Flamencology is a body of knowledge which started to get some relevance at the beginning of the last century. This area of study, fed by singing and dancing techniques, offered its first essay in 1955, which meant an important change for Flamenco, because it was elaborated following musicology methods. That means from then on, Flamenco would be considered another musical style worth of exploration.

After that year, Flamenco was gaining relevance as an area of study:

• In 1956 the first National Course of Cante Jondo was launched and established in Córdoba.
• Two years later, the first Chair in Flamencology was created in Jerez de la Frontera.
• Finally in 2004 started the first postgraduate programme, which was active until 2011, when the new European normative obligated its removal, due to its lack of adaptation to the new European frame of high education.

Passion for Flamenco is worldwide extended, so it was a matter of time that this musical style obtained its own Master’s degree and its space in university.

Jerez de la Frontera has been elected as main campus master, and is it not the result of pure chance. University of Cádiz is in charge of an interesting propose whose main goal is the connection between the degrees and master taught in one campus and its economic, social and patrimonial environment. On this way, students can learn about their studies inside and outside the classrooms.

For this reason, Jerez, as the city which has created so many singers, guitarist and Flamenco artist, as well as Bulerías and so many Flamenco associations, must be the city where establish the main campus.

What is the Flamenco Master’s degree about?

On this first course only 75 students will be able to enrol in this Master’s degree. However, the success has been clear given that the University has received almost 150 applications. The price is 780€ although it can be studied for free thanks to national scholarships.

Five Andalusian universities have collaborated in its development, and in every one of them lessons will be given. While Jerez has been chosen as the main campus, where mandatory subjects will be taught, the different universities will offer specific optional subjects, which means that, depending on the speciality chosen by the students, they will need to travel to the different campuses.

Participants on this Master’s degree are not only university teachers. Many Flamenco professionals such as Eva Yerbabuena, Paco Cepero or Niño de Pura will visit the classrooms to explain their personal experience.

In addition, CEOs and tablaos workers will speak about how is the experience inside the industry.

As we have mentioned earlier, five Andalusian universities have collaborated on this project, and each one of them offer different specialities to students.

As we are established in Granada, and we are deeply proud of our university collaborating on this project, we have dedicated a specific space to its speciality.

Thanks to this speciality, students will be able to learn about:
• The environment where Flamenco has historically developed itself
• Interactions between singing, percussion and dancing.
• Current development of Flamenco, from the 20th century until its first contact withjazz

We just want to add that this Master’s degree will mean a huge progress for Flamenco in Granada, Andalusia and all around the world where Flamenco wakes passions. In fact, teachers have big expectations about student’s dissertations.

The next step will be to develop a postgraduate programme in Flamenco and include Flamenco in public Andalusian education.