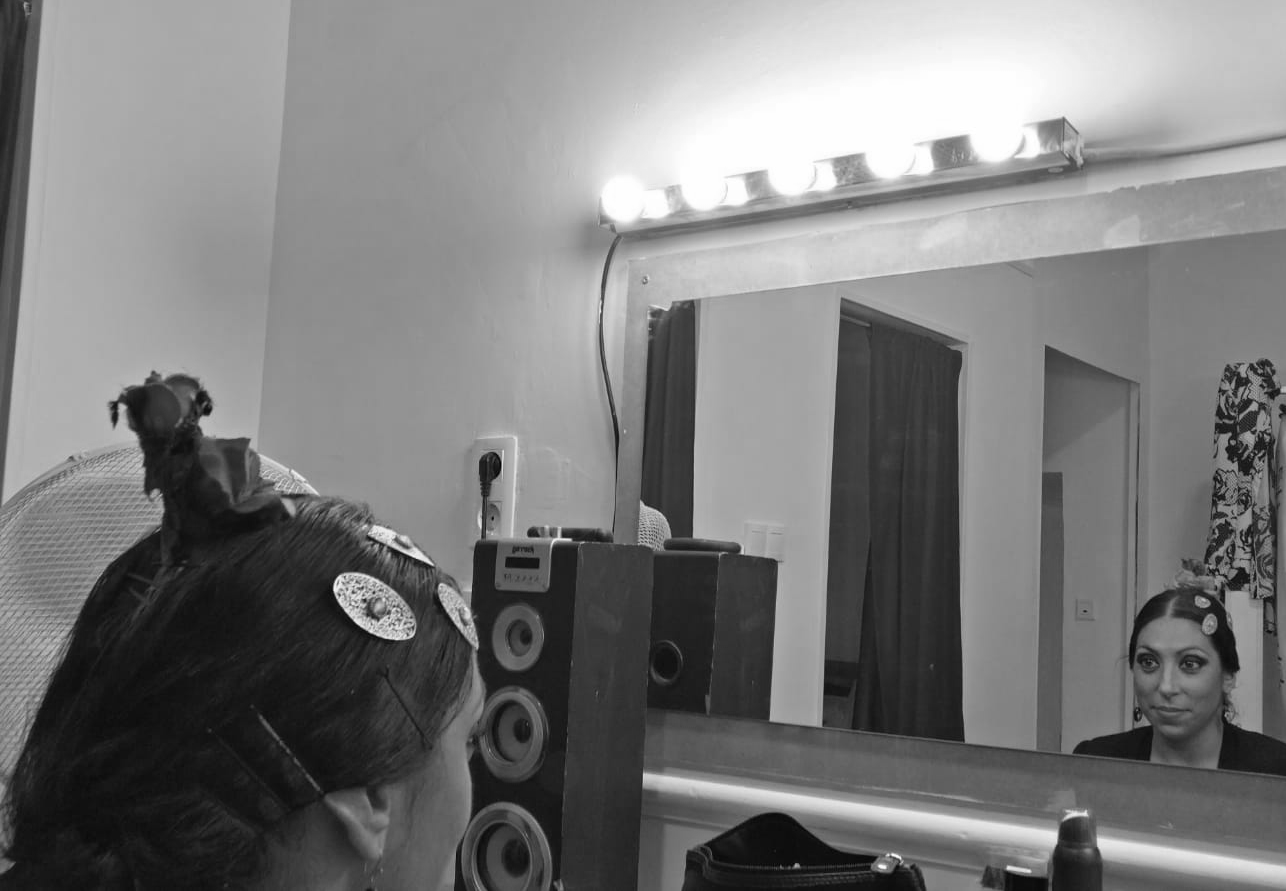 I put on my first dancing shoes when i was 8 years old, I thought then that I danced … in my house they were not big fans and I was singing and dancing all day. I cried because I wanted to dance … and then they bought me my first shoes and they brought me to learn. I had hunger of flamenco. My first little steps were in the Zambra of María la Canastera, then I went to the Cueva de la Rocío.

Fuensanta tells us about her teachers.

A lot of people have marked me, I’ve been through many teachers, Juan Amaya, Matilde Coral, Javier Latorre … I remember Mario Maya a lot, at La Chumbera. The moment he arrived was decisive. I was pure intuition then, he opened my eyes, he taught me that you do not dance alone, that there is a space, lights and a script, he taught me that you had to have a speech of your own. He began to polish the stone. With each of my teachers I have had a moment in my career and they have all defined me a lot.

And of her first trips out of Granada.

The first time I left Granada was to Jeréz. We went with a cast of artists from Granada of which I was the youngest. They where María La Coneja, Curro Albayzín, Manuel Liñán … It was a lot of responsibility, specially because it was Jeréz, which is the birthplace of Flamenco. The first time I left Spain was to Frankfurt.

When we ask about her referals

There are many references that in some way have been the mirrors in which I have looked into. Eva La Yerbabuena, Manuela Carrasco and especially Carmen Amaya. I remember watching a video of her, surrounded by guitarists.

And about her vision of flamenco in the world:

Everywhere people live flamenco in a very intense way. Maybe the first few times I went out it drag my attention. But what is clear is that Flamenco is a Worldwide Cultural Heritage, it does not surprise me anymore. I’ve been to Brussels and I’ve felt a lot of heat from the public. The public abroad that is going to see flamenco knows perfectly what they will see. They know what is being played at every moment, they are aware, they know where the applause goes, where the oles go, they are true fans. Those who go to the theater abroad to see flamenco know what they are looking for.

About Casa del Arte Flamenco she tells us…

Casa del Arte Flamenco seems great to me. Before it, in Granada, there was another concept. It has done a lot of good to flamenco, to visitors, to the city and to the artists, there is a lot of wealth and all that comes from the mind of the one who created it.

It’s a place where I dance very comfortable, I like the closeness with the public and with the rest of the artists.

Fuensanta tells us her current project.

The most important project in which I am currently working is my next show “Granada”, which will be presented on September 27 at the Bienal de Sevilla. It’s what I’m most focused on. This summer we will go to France, Italy, Jeréz, Madrid … for me those trips are escape routes that allow me to leave the creative process, which is basically 24 hours concentrated in the studio.