History of Flamenco in Granada 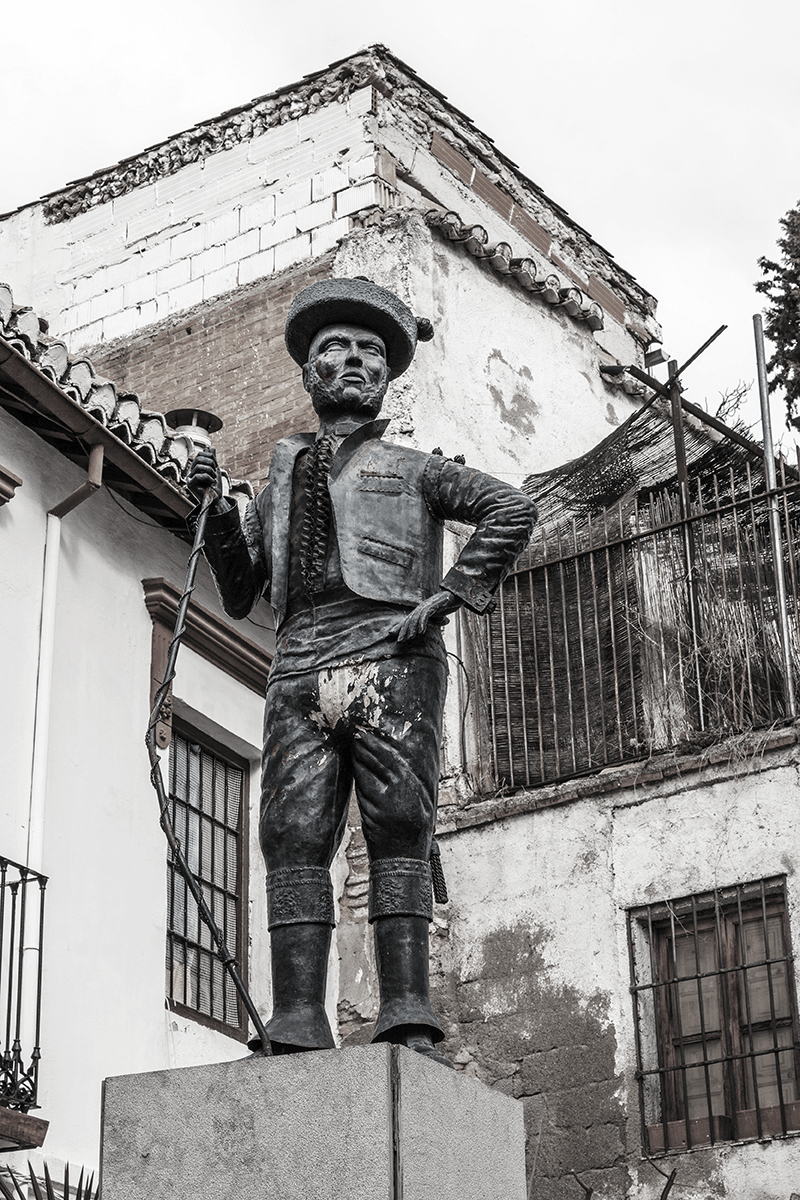 To understand the roots of Flamenco Shows in Granada we have to take a look back in time to the very core of Grenadian Flamenco. The Sacromonte.

The name of Sacromonte, wich translation is sacred mountain, has an uncertain origin, some historians consider it named by the Christians in the 14th century, due to the presence of an Islamic Graveyard there.

The main characteristic of this environment is his troglodyte settlement. Their inhabitants have been digging their homes in the mountain for centuries, generating a traditional Grenadian house known as caves. On the outside they resemble to any other house, beside the fact that ther facade is substained on the rock. The inside is caved and has a very particular shape that make them unique in the world.

The Sacromonte was one the known cradles of Flamenco in Spain. After the conquest of Grenada in 1492 Moorish people were pushed out of the city walls and settled on the Sacromonte, there they met with the Gypsies. Since that moment both cultures coexisted and merged in several ways. There was a big affinity between them due to both being considered outcast by the society. In 1499 a law signed by the Catholic Kings forced the Gypsies to abandon their nomad way of life, reason why, after the ban of the Moorish, Sacromonte became a permanent quarter for them in Grenada.

The origin of the Zambra, the traditional Grenadian Flamenco, cannot be understood without the previous lines. Its name, Zambra, comes from the Arabic zumrã, “party”. It was the wedding ritual and party that Grenadian Moorish used to celebrate. It became prohibited by the inquisition in 16th century but it remained being celebrated in secret. This tradition was absorbed, learned, and transformed by the Sacromonte´s Gypsies, whom embraced the Zambra as their own tradition. Gypsies themselves are the only remains of the whole Moorish musical tradition, the only ones that hold heritage of those Moorish evolved and turned it into Flamenco as we know it nowadays.

It was on the 18th and 19th centuries, when romantic writers arrived to Grenada, when the Zambra and the Flamenco bursted as an art expression appreciated worldwide. Was precisely this appreciation what made flamenco a formal discipline and a musical style, getting it out of the gypsies celebrations.

Was in this moment, when romantic writers arrived to Granada, when Flamenco Caves of the Sacromonte became famous. Travelers went to Sacromonte to meet the raw and pure Spanish Gypsy culture and that´s the reason why romantic travellers pictured Andalusian people permanently dressed in flamenco suits. Why? Because Gypsies were standing outside the caves always ready to perform their flamenco show for the Travellers. The first Gipsy family arriving to the visitors was the one that performed and the one that could charge for it. That´s the reason they were always dressed in flamenco suits and the reason why that cliche still remains.

Zambra is nowadays an artform genuine and unique from Grenada, Sacromonte and his Gypsies, it transcends the strict professional flamenco show that Casa del Arte Flamenco offers and it represents in many ways the very history of Grenada and its cultural heritage.

There are several figures that helped the Zambra become what it is nowaday, as the Chorrojumo, Manolo Caracol or María la Canastera, but we will talk about them in further posts.