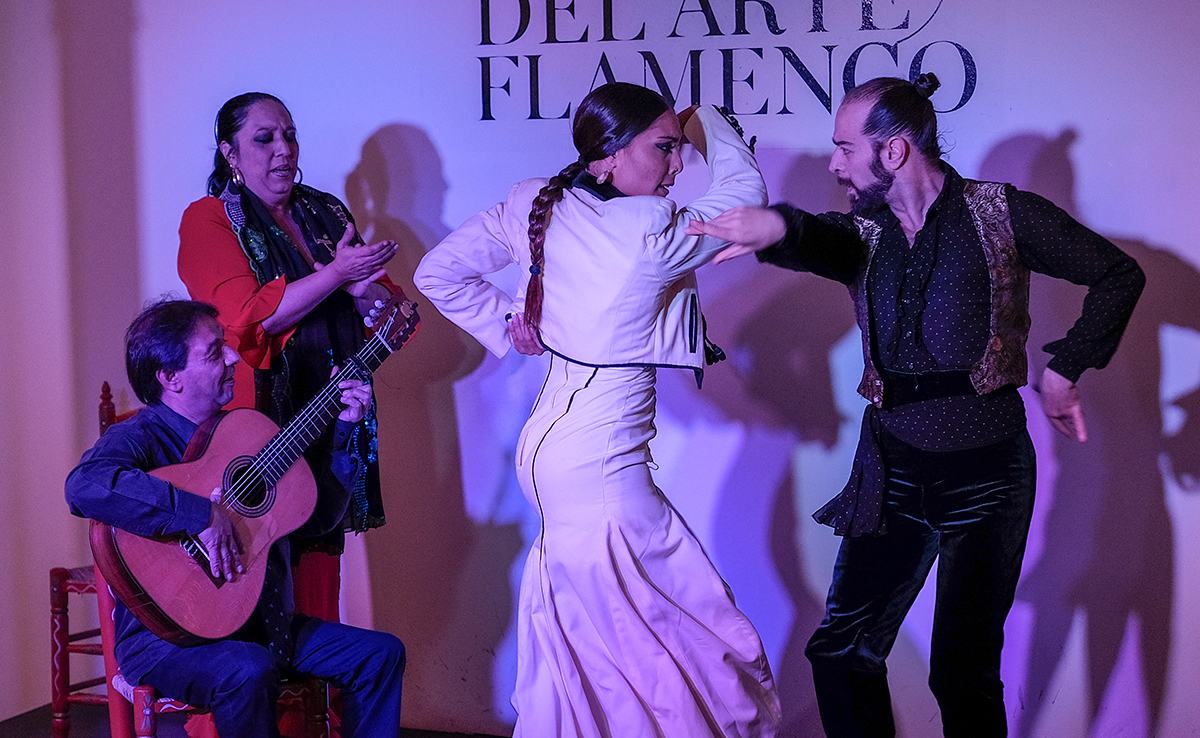 The origin of flamenco in Andalusia remains unknown due to the multiple cultures that existed in this region. Its development throughout Andalusia has multiple origins described, among them the Zambra del Sacromonte, the Moorish Zambra or the Gypsy Zambra, which today is a capital part of the flamenco culture. We will try to clarify the concept, its origin and development throughout this post.

¿What is the Zambra?

As we already know, the gypsy culture is not the only one that has taken place in Granada, and in the same way, the Arab culture has contributed some customs, among them, the zambra. The Moorish zambra is the result of variations in Moorish dances, dances inspired by the Arabs. The Moors were the Muslims of al-Andalus.

The word Zambra can be related to two Arabic words, such as the zamra (toccata) or the traditional Arabic zamara (musicians). The gypsy zambra, as its name suggests, is a dance developed mainly by the gypsy race in the caves of Sacromonte in Granada and in the caves of Almería.

During the stay of the gypsies in the caves of Sacromonte, their maximum expression was flamenco, in addition to their main source of income, since they kept pilgrims entertained and passed on these dances and inspiration from generation to generation.

Origins and developement of the Zambra

The Sacromonte neighborhood achieved its maximum splendor during the 60s, where most of its population handled singing, dancing or instruments. The gypsy zambra from the Moorish zambra, arises as the fusion of three dances that represented a different moment during the same gypsy wedding: the cachucha, the fly and the alboreá.

Some of the characteristic elements of these dances were: it was danced with bare feet, at the top a white shirt tied below the chest and at the bottom a skirt with wide pleats and tied at the hip.

The history of the Gypsy Zambra stopped during the Inquisition of the 16th century, where it was banned as it was considered an unworthy dance. From the 19th century on, flamenco began to take on importance as a musical art, and the gypsies of Sacromonte always appeared reflected by the romantic writers.

The so-called romantic travelers imagined gypsies singing and dancing flamenco, and this image is so accentuated about them that they began to do these dances for tourists with flamenco dress. It was at this time that the Sacromonte caves became a symbol in Spanish culture.

The Granada City Council began the procedures in February 2019 with the aim that UNESCO consider the gypsy zambra Intangible Heritage of Humanity. The zambras active at that time were a vital support, such as: Venta del Gallo, Los Tarantos, La Rocío, María La Canastera and other very important flamenco figures.

Do you want to live an unforgettable flamenco show? Get to know our flamenco tablao and live an experience in which you will never forget. Flamenco in its purest form at La Casa del Arte Flamenco.